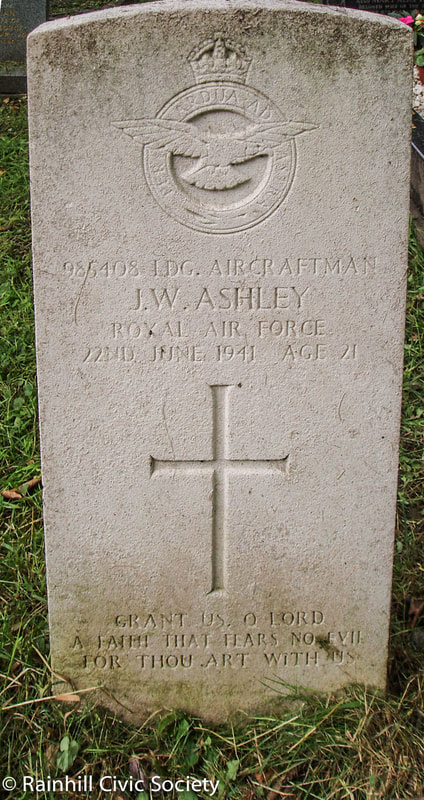 James Ashley’s father and grandfather were also James W Ashley. In 1901 his father, born in 1890, was the eldest of 4 sons living in Williams Street, Prescot with parents James and Alice Ashley.
James' father was still living with his family at 15 Williams Street, Prescot and working as a labourer at a Brass and Iron Foundry. Along with his three brothers they now had a younger sister, Eva May born in 1904.

In 1939 the family were living at 9 Roby Cottages, New Road (now Rainhill Road), Rainhill. James Snr was a storekeeper at BICC, wife Elizabeth was a domestic and James Jnr was a hospital porter.

Back to Fallen of WW2