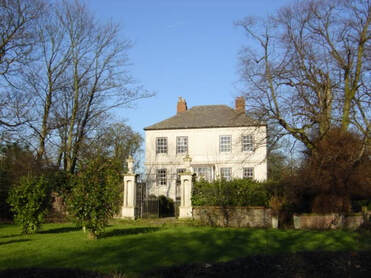 Cronton Hall is a fine example of a Queen Anne style of house.

For over a century the manor and lands of Cronton passed through a succession of owners as it became sub-divided into smaller and smaller plots which were sold and resold to local land-owners.

The Wright family eventually became sole owners of the manor in the mid 17th century and successive generations of the family lived at Cronton Hall.

In November 1819 Richard Wright Esq sold the Hall and all its lands and cottage, totalling 166 acres, part in Rainhill and Cronton, windmill and kiln on Pexhill, to John Atherton Esq of Prescot for £16,000.

In 1821 it was bought by Bartholomew Bretherton of Rainhill who enlarged the house and grounds. 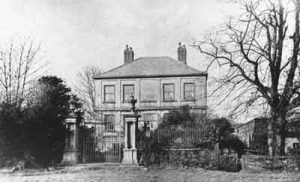 ​​The gate piers at the front of the hall are listed and the two square stone piers are panelled with tall slender urns on the top and wrought iron gates. Cronton Hall itself is surprisingly unlisted.