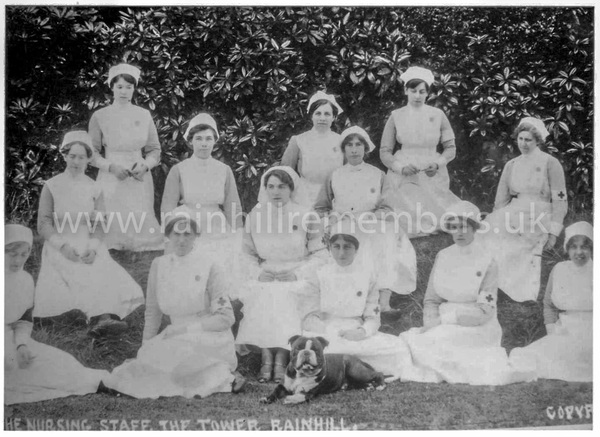 Research is ongoing to identify medical and non-medical staff who worked at Tower Hospital.  Below are the results of our labours so far.  Please get in touch via our Contact Page if you have any information to add or recognise any of the individuals in the photographs.

STAFF AT THE TOWER HOSPITAL

Col. R. Jackson (1916-1918) ‘When the Tower Hospital opened in Feb 1915, Colonel R. Jackson, R.A.M.C. and A.D.M.S. of the 55th Division was on active service in France. When he returned from France in April 1916, he took over the post of Medical Officer and continued until the Hospital closed.’ (Liverpool Courier) 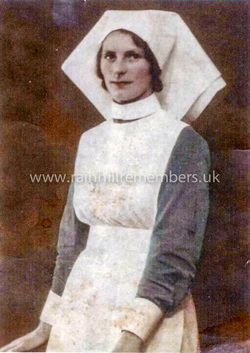 Mrs Doris Jackson was appointed Commandant at a meeting in Jan 1914. Her husband was Col. R. Jackson (mentioned above).

Miss B or E Rawlinson 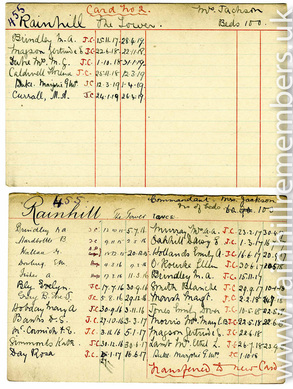 ‘The undermentioned have been brought to the notice of the Secretary of State for War by the Chairman of the Joint War Committee from the British Red Cross Society and Order of St John of Jerusalem in England for valuable services rendered in connection with the war’ :-

‘Under the auspices of the Red Cross Society and Order of St. John of Jerusalem in England, the following Nurses have been deputed to service in Home Hospitals’ :-
(British Journal of Nursing)

Individual records for all Red Cross volunteers in the First World War are currently being digitised and made available on the Red Cross website. 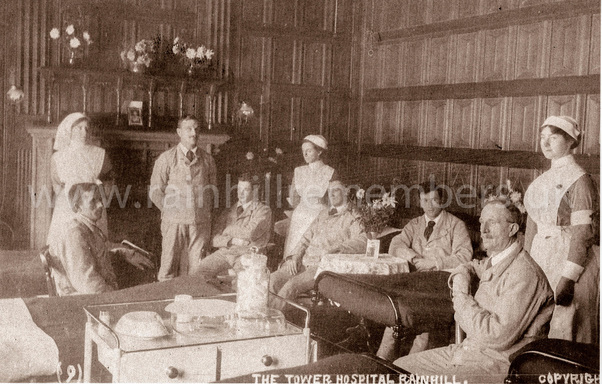 Photos reproduced with kind permission of John Hopkins and the late Tom Rolt
To see a 'then and now' version of the above picture, go to the Rainhill Civic Society website.
With over 100 beds no doubt the kitchen staff were kept very busy. 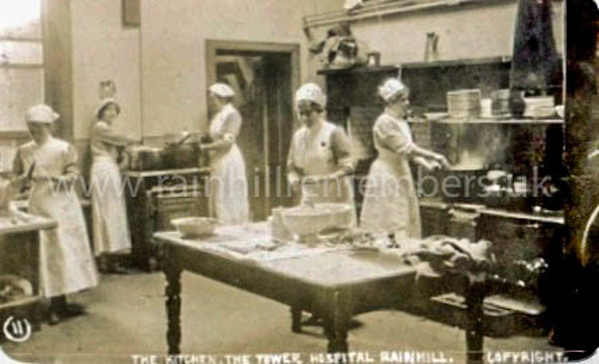 The photographs below show both staff and patients outside Tower Hospital with some of the soldiers in beds and bathchairs.  The bulldog taking centre stage was clearly much loved and can be seen on numerous photographs. 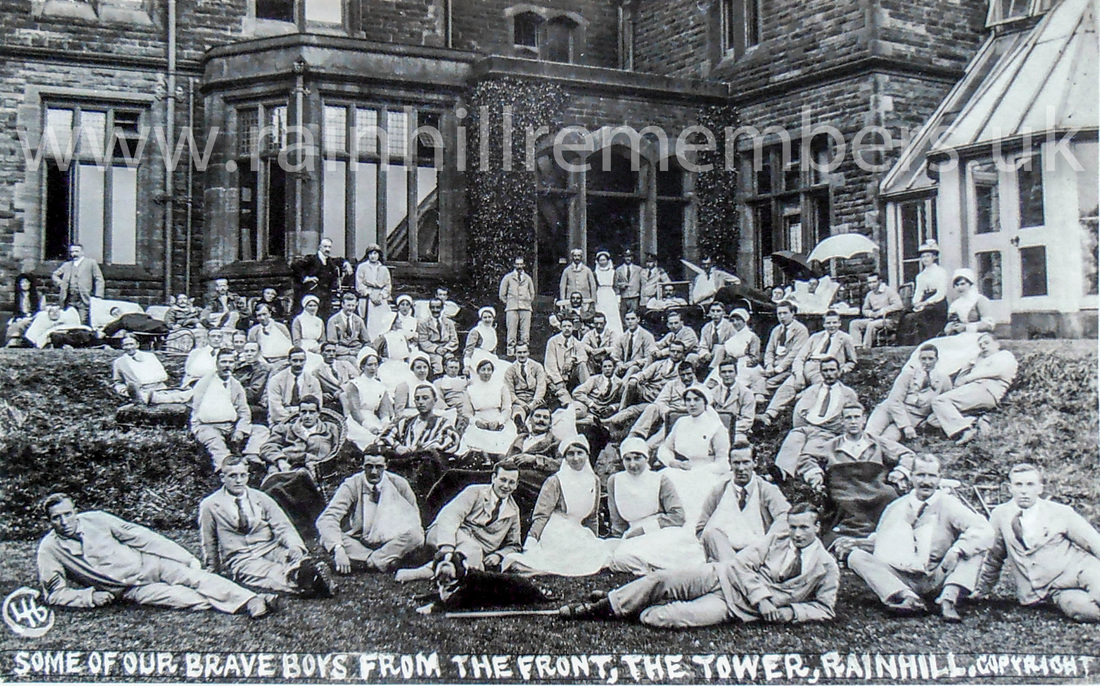 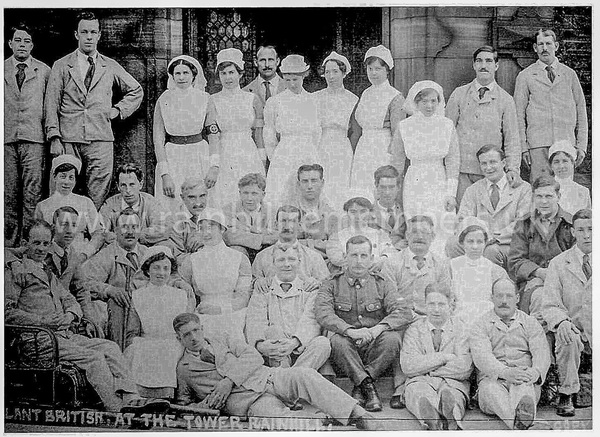