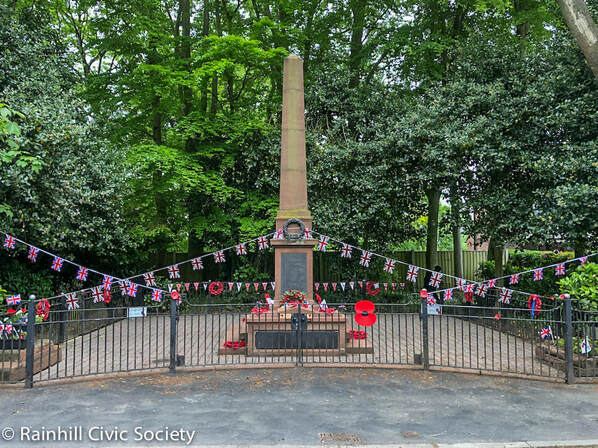 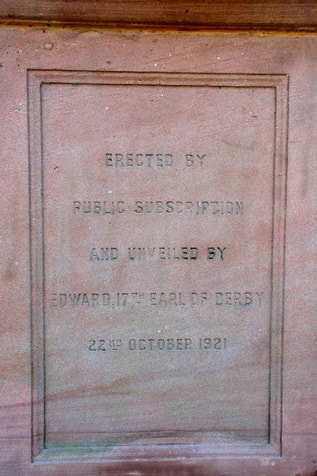 The Cenotaph in Warrington Road, Rainhill was erected by public subscription and unveiled on Saturday 22nd October 1921 by Edward, the Right Hon. The Earl of Derby.  In his address to the assembled company he said that "one lesson might be learnt from the sacrifice of the men whose names were commemorated - they had suffered and died without heed to any differences in religion or any other matters which divided us in our home life : they thought only of doing their duty to their country".

​The original memorial lists the names of 34 soldiers from Rainhill who gave their lives in the Great War of 1914-1918.

In the sunshine of Sunday 3rd July 2016, Rainhill commemorated the Battle of the Somme which took the lives of 12 soldiers with connections to the village. It also dedicated a new plaque bearing the names of 17 men with Rainhill connections who perished during WW1. These men's histories were found during Rainhill Civic Society's research. Rainhill Parish Council funded the plaque and organised the ceremony with Rainhill Civic Society, our local Churches and the Royal British Legion.
​Remembrance Sunday 2014 saw the centenary of the start of the Great War and whilst Rainhill commemorated the day in its usual manner, villagers no doubt with the WW1 Exhibition staged by Rainhill Civic Society still in mind, turned out in their hundreds to recognise the event. 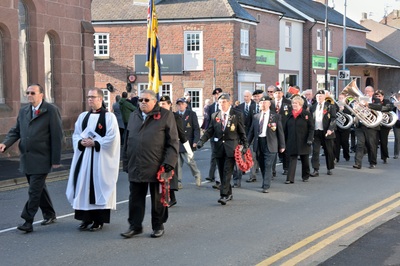 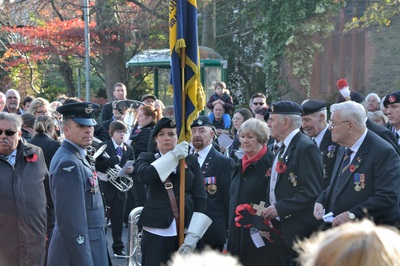 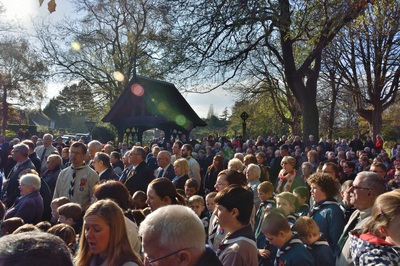 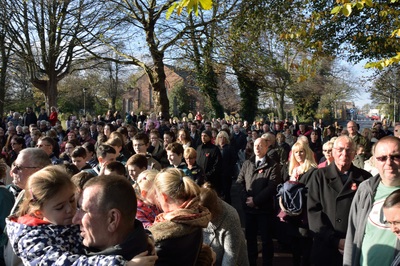