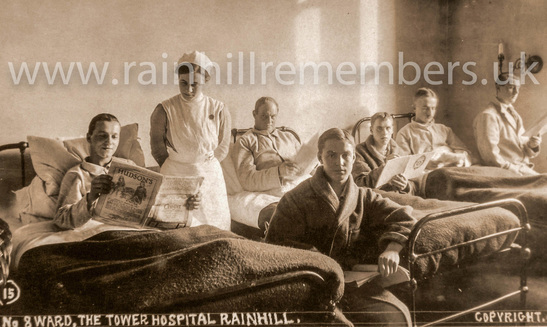 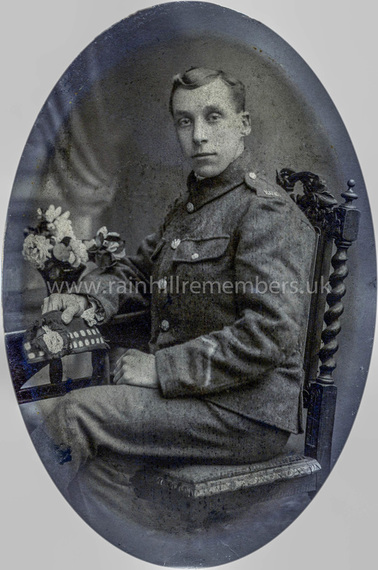 ​After being wounded John was transferred to the Tower VAD Hospital, Rainhill in May 1915.  Below is a letter to the Liverpool Echo dated 13th May 1915 signed by John and several other patients.
​ 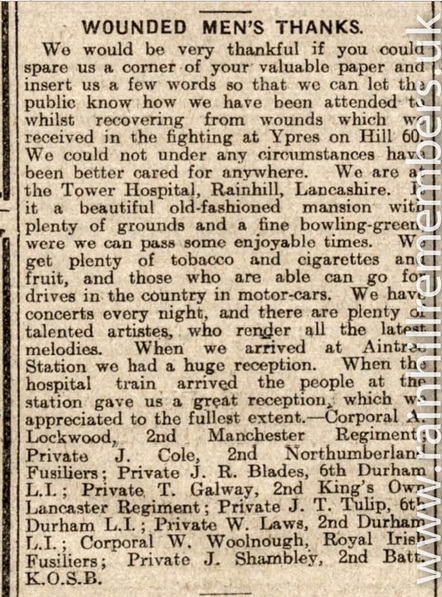 John subsequently returned to action and in July 1916 his name again appears on a casualty list.  He was injured five times and at some stage was treated at an Auxiliary Hospital at Wharton Hall, Skelton, Yorkshire.
​ 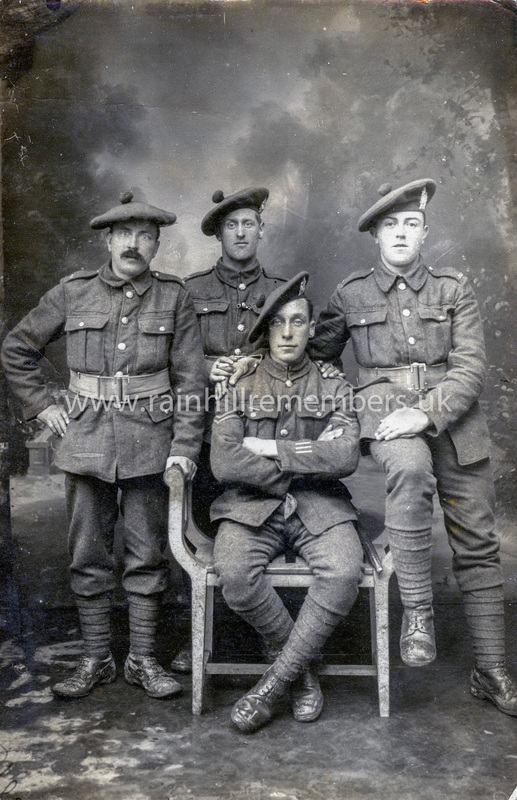 John Henry seated in a group of 4 soldiers from the KOSB’s.  John has a corporal’s stripes and 3 wound stripes visible. Probably taken in 1917-18.
​ 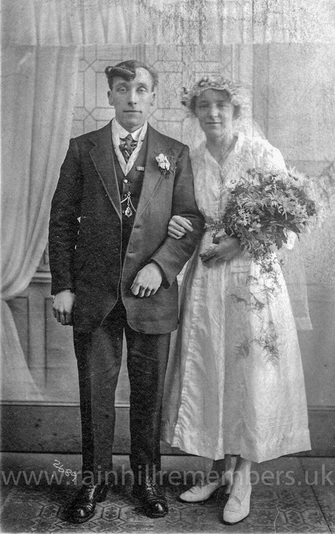 ​In October 1918, Corporal J. H. Shambley was discharged from the Army.  In March 1919 he married Emma Jane Shepherd in Skelton-in-Cleveland, Yorkshire.