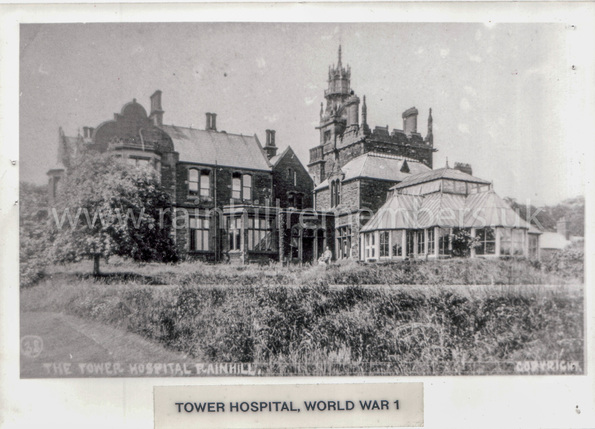 To see a 'then and now' version of this picture, go to the Rainhill Civic Society website
​ 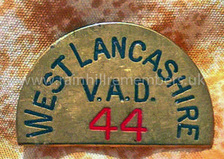 Before it was established as the first WW1 hospital in Rainhill, 'The Tower' was a private residence.  It was built in 1880 for Henry Baxter and his family.

In January 1914, a branch of St John’s Ambulance Association was established at a public meeting in St Helens. Voluntary Aid Detachments 42 and 44 were formed in August 1914.

"The VAD system was founded in 1909 with the help of the Red Cross and Order of St. John. By the summer of 1914 there were over 2,500 Voluntary Aid Detachments in Britain. Of the 74,000 VAD members in 1914, two-thirds were women and girls.At the outbreak of the First World War VAD members eagerly offered their service to the war effort. The British Red Cross was reluctant to allow civilian women a role in overseas hospitals: most volunteers were of the middle and upper classes and unaccustomed to hardship and traditional hospital discipline. Military authorities would not accept VADs at the front line". (Wikipedia)

In September 1914, a training exercise was held at Knowsley Park. Three temporary clearing stations were arranged at Knowsley, Knotty Ash and Huyton.

Following a public appeal for funds, the Baxter family offered the mansion to the War Office as a temporary hospital, and in February 1915, ‘The Tower Hospital’ opened with 35 beds – the first patients being from the PAL’s battalions encamped at Knowsley Park. 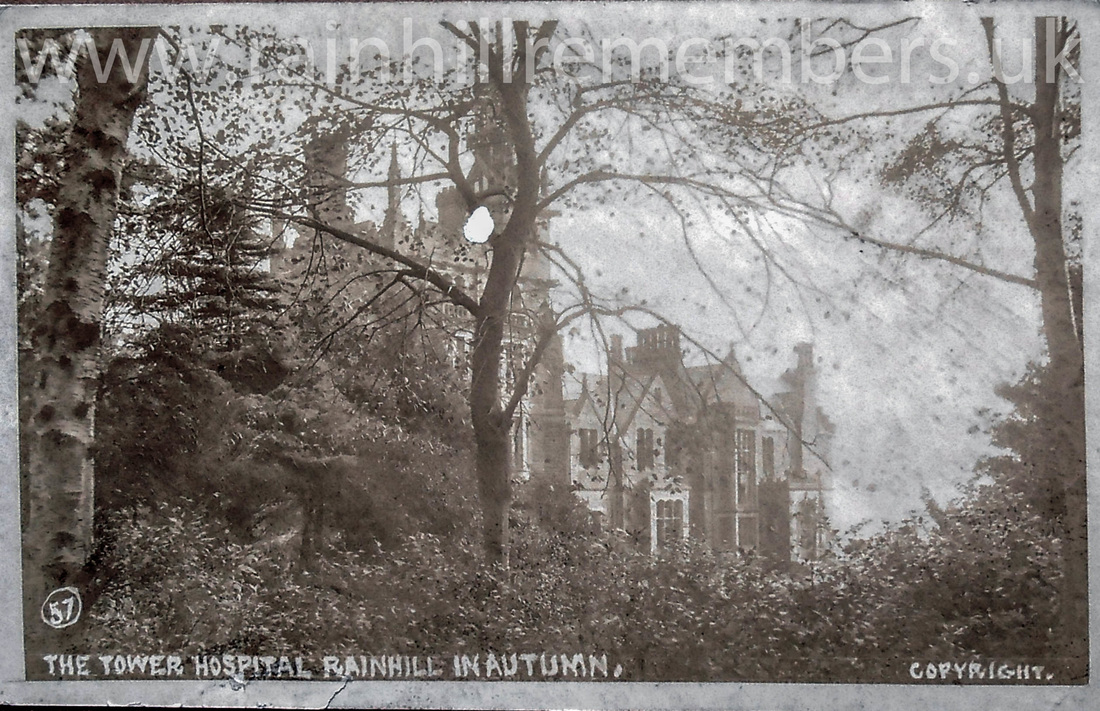 ​​Go to our Tower Staff page to view details of some of the staff who worked there. 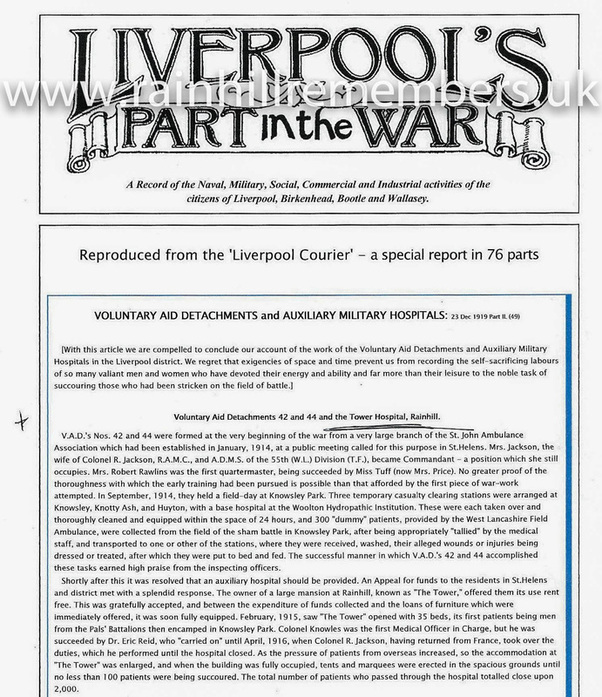 The above was one of many articles produced by the Liverpool Courier. View the Merseyside Roll of Honour website for more information.

'As the pressure of patients from overseas increased so the accommodation at The Tower was enlarged, and when the building was fully occupied, tents and marquees were erected in the spacious grounds.’    (Liverpool Mercury, Dec 1919)
View our Tower Postcards page to see pictures of staff and patients at the hospital. 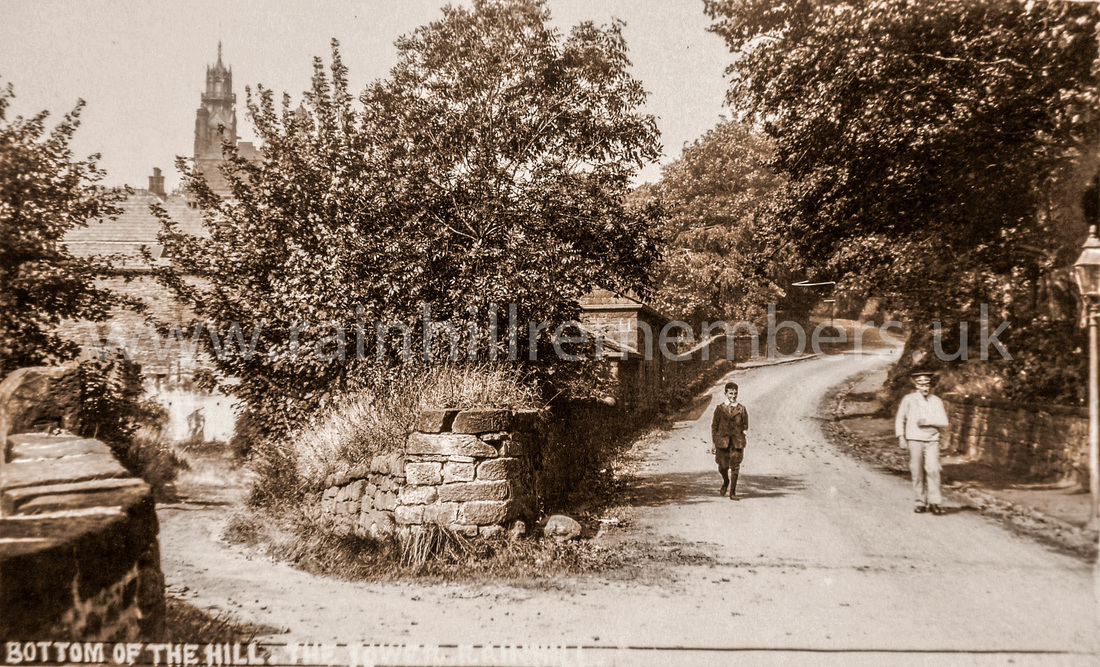 To see a 'then and now' version of this picture, go to the Rainhill Civic Society website
In 1947, the property was bought by Charles and Mrs Muriel Oxley who established a private school (Tower College) which still operates today.

Acknowledgement to Rachel Oxley (daughter of Charles) for some of the above information.