SMS Blucher and the Stapleton-Bretherton family 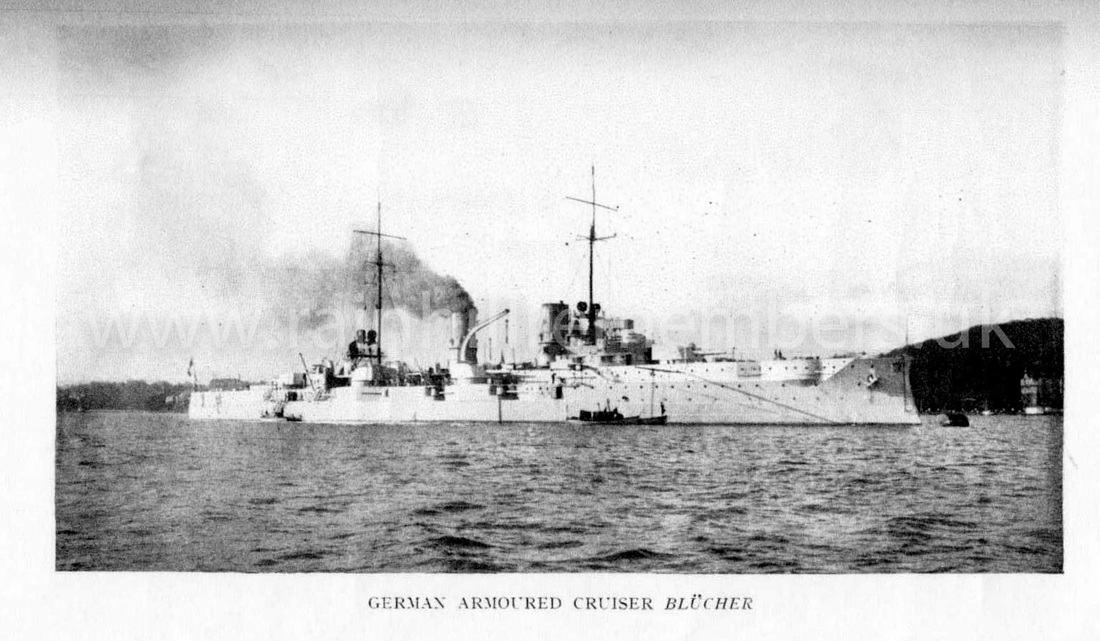 The building of the last armoured cruiser for the German Empire was begun in 1907.

In 1908, Evelyn Blucher nee Stapleton-Bretherton was asked by the German Emperor to launch this new war ship to be named SMS Blucher. This was in honour of her husband Gebhard Blucher’s ancestor who commanded the Prussian forces in the Battle of Waterloo, 1815.

Gebhard wrote in his memoir: “In January [1908] I had to carry my wife off to Berlin to be presented at Court…. Evelyn made an instantaneous success and, at a Court Ball, the Emperor himself asked her to christen the new German armoured cruiser Blucher when it was launched in the following May. She of course accepted the honour, looking upon it as a compliment to England.” ………………. We duly went to Keil for the launching of the Blucher and, because of after-events; the incident has perhaps more than domestic interest. Prince Henry of Prussia, a man of personality and character, and a practical sailor, represented his imperial brother. The new fifteen thousand tons armoured cruiser was designed to carry twelve eleven and a half inch guns, and to attain a speed of 24 knots. She was in a class of her own and the first in a series of new cruisers which were to be larger and more powerful than their predecessors ………………………”
​
Later, after the start of the First World War, Evelyn wrote “Berlin, April 1915 - I remember the proud moment when six months after my marriage, the Emperor …. asked me to launch the new cruiser Blucher. How well I remember his words when he smilingly said to me “I expect you will get into trouble with your English relations if you launch my battleships now won’t you?”

‘…. four months after that date we went to Kiel ….. I made my first German speech and broke the champagne bottle. And the Blucher floated gracefully into the sea…… 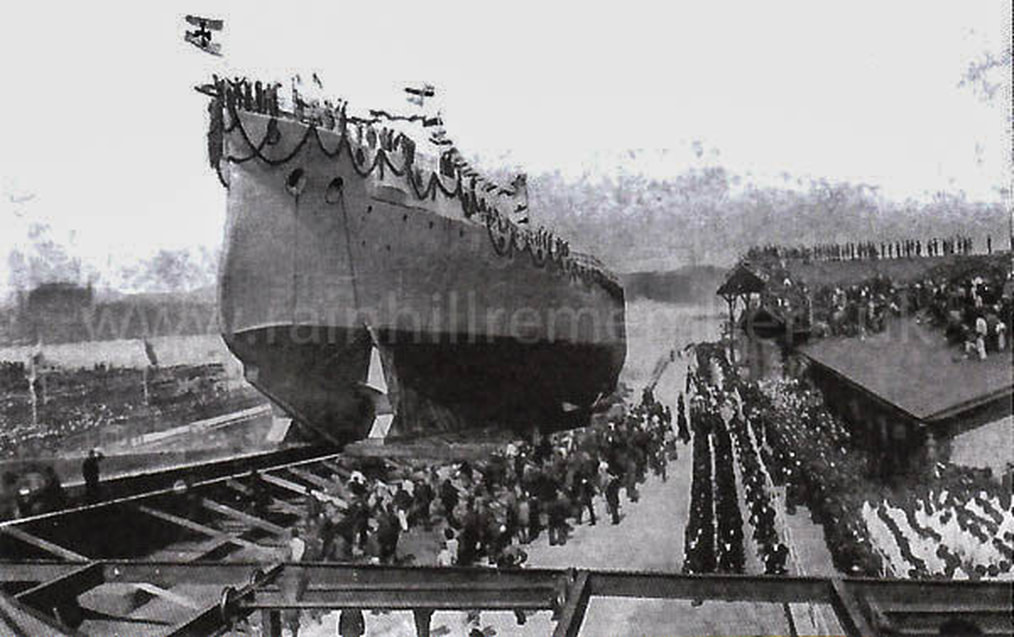 Among the party for the launching was my sister Freda [Winifride] who had come out from England with us …..and since then she has married to Admiral Charlton who is now at the Admiralty; and who knows? Maybe he was the very man who controlled this particular episode in the naval warfare!’

During WW1, SMS Blucher took part in operations by the German navy in 1914 to attack towns on the east Yorkshire coast. At the Battle of Dogger Bank in Jan 1915, the Blucher was hit by gunfire from the British battlecruiser squadron under Vice Admiral David Beatty. Under heavy fire the ship was sunk. Some of the survivors were rescued but there were many casualties. 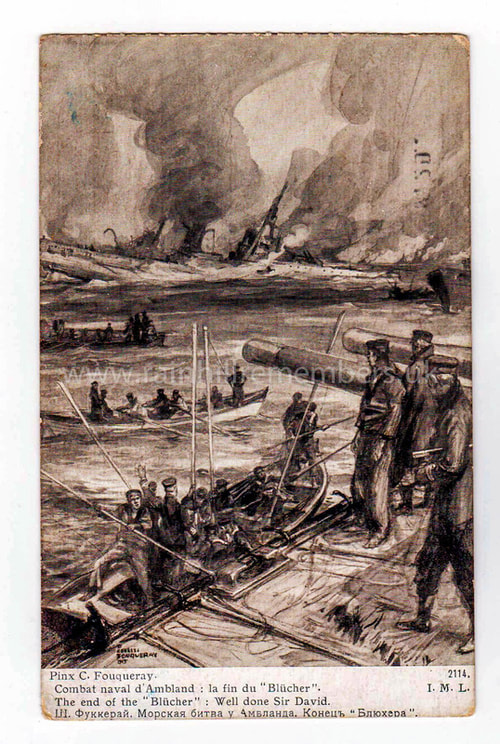 Gebhard’s Memoirs recalled the sinking of the Blucher “….. no invented                 co-incidences could be more startling than those of real life. When my wife so proudly christened the Blucher six short years before the outbreak of war no one could have foreseen its dramatic fate..."

“By an interesting coincidence Herbert Throckmorton happened to be on the staff of the King’s Harbourmaster at Rosyth at the time, and received orders to …. supervise the landing of the Blucher survivors …..”

Herbert Throckmorton reported “I got in touch with the Blucher Commander, Ross by name, who spoke perfect English …. The conversation turned to the action they had just gone through, and Ross told me the Blucher had been launched by an English lady, whose photograph went down with the ship. I told him I was well acquainted with this fact, as the lady happened to be my sister-in-law – which rather astonished him.”