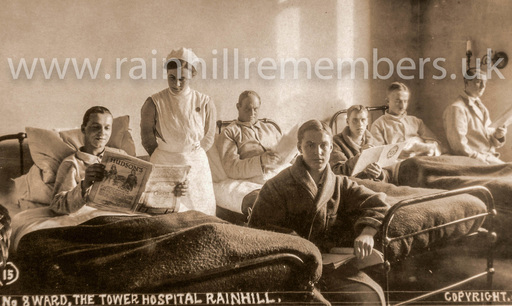 On 3rd October 1915 aged 23, Walter gave up his job as a labourer and enlisted in 12th Australian Light Horse Regiment (7th reinforcement), New South Wales.  On 20th November 1915 he embarked from Sydney, Australia on HMAT Uganda A66 (Embarkation Roll number 10/17/2).

Whilst on duty in Egypt, Walter was struck by a stone and was admitted to hospital with a fractured skull.  He was subsequently taken to England by hospital ship and on 27th August 1916 was admitted to Tower Hospital, Rainhill suffering from slight concussion. 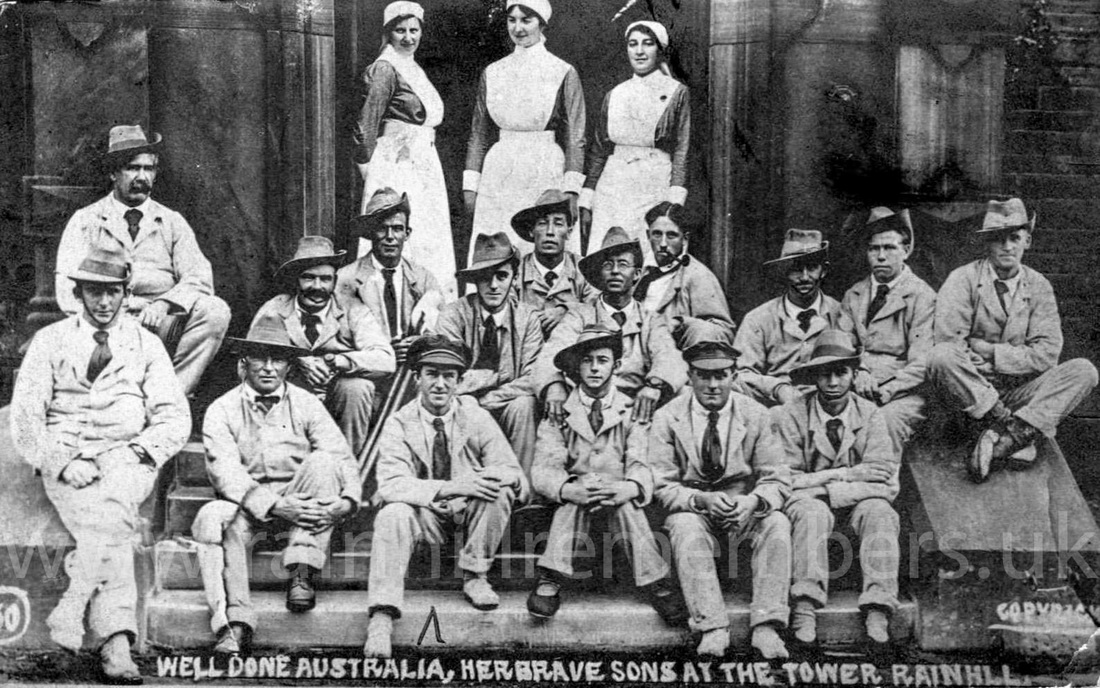 Walter is on the front row indicated by the arrow 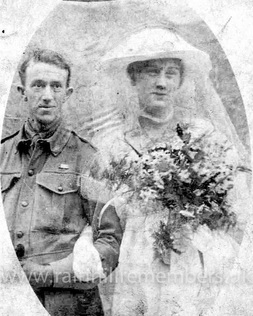 ​On 27th January 1919 Walter married Emma Gertrude Critchley (22years) at St Mary’s Church, Prescot, by licence.   [PR 3404/2/21/212].  Her parents were William (miner) and Margaret Critchley of 13 Houghton Street, Prescot.  On 3rd July 1919 Walter and Gertrude (as she was known) emigrated to Australia on SS Zealandic arriving in Melbourne on 23rd August 1919 for their onward destination to Sydney. 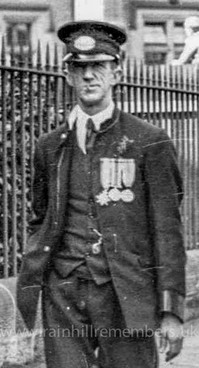 Walter presumably in tram conductor uniform
After the war, Walter worked as a tram conductor in Sydney. He and Gertrude resided in Botany, Sydney and they had 3 sons and 1 daughter. One of the sons, Frederick Walter, served in the middle east during WW2.