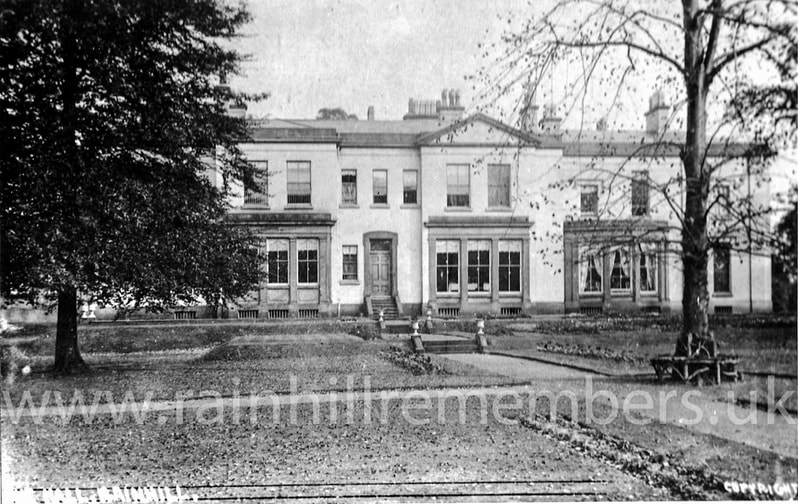 He was educated at Beaumont College

1906 - Given a commission as 2nd Lt. with the 3rd battalion of the Hampshire Regiment

1908 - Transferred to the Royal Fusiliers (City of London Regiment)

August 1914 - The regiment moved from the Isle of Wight to Le Havre and was involved in the first skirmishes of the War in the Mons area. 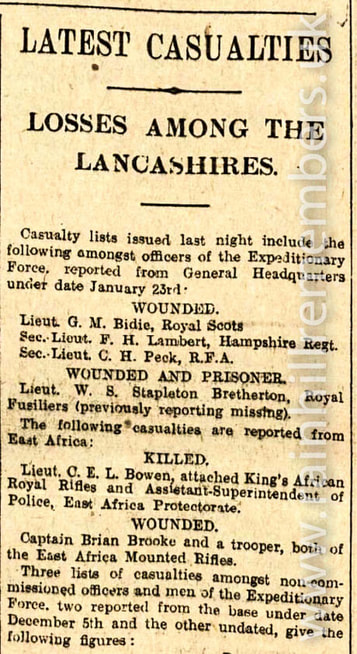 Manchester Courier 27th Jan 1915
8th November 1914 – Y Company suffered from heavy shelling in the trenches. The enemy were advancing towards the trenches. Y Company under Lt Wilfrid Stapleton-Bretherton charged the enemy and drove them back. Wilfrid and most of his Company were reported missing (2 officers and 62 men). 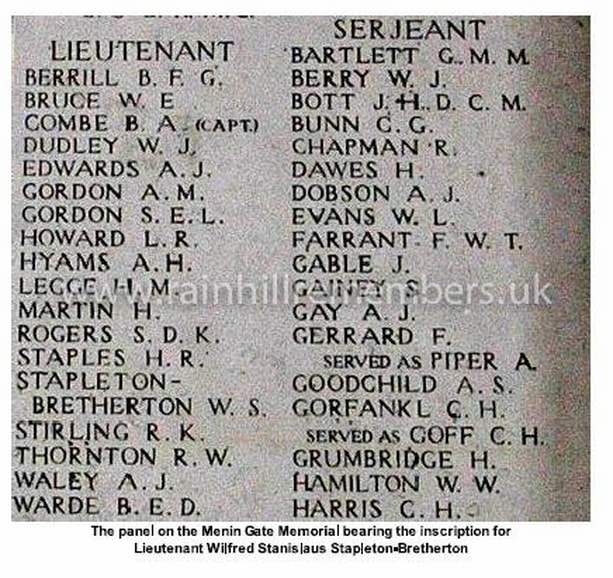 His name is on the memorial at the Menim Gate.
​
His name also appears on the family memorial in St Bartholomew’s Churchyard 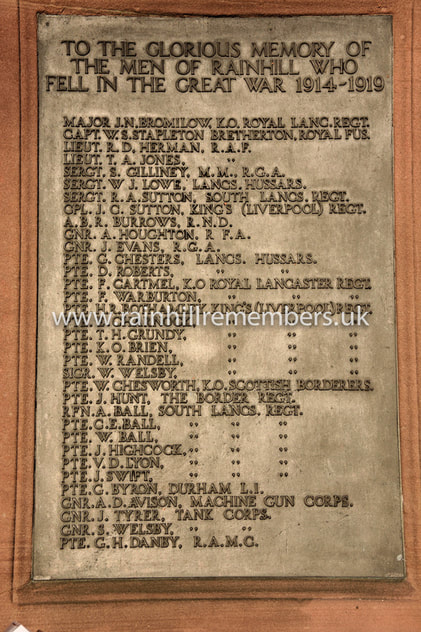 He is also commemorated on the war memorial in Warrington Road 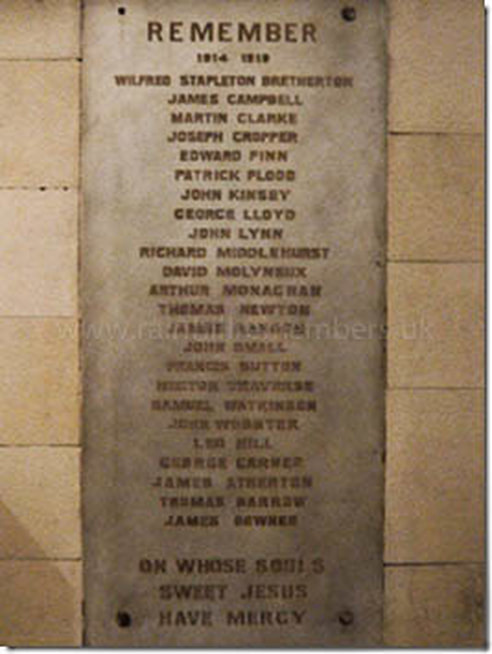 ​and on the memorial above in St Mary’s, Lowe House Church, St Helens.

This picture is reproduced from the
St. Helens Roll of Honour

Wilfrid’s sister, Evelyn was exiled in Berlin during the War. She made a great effort to find where he was buried. She wrote in her memoirs

I had been in correspondence with Prince Lowenstein about my brother, who was first reported missing after the battle of Ypres. He was quartered at Comines near the fighting line of that district, and the trouble and real sympathy he showed me in my anxiety impressed me in a way that few other things have done for a long time. He several times rode out specially to the surrounding district to make enquiries about him and rode up to the dressing stations and field-hospitals of the district, and also to the abandoned trenches and graveyards, in the hopes of getting a clue. And sometimes, when passing a wayside cross, he would get down from his horse and copy the name of the fallen officer to send to me in the hope that it might bring some consolation to a bereaved relative….. His real and intense kindness and sympathy touched me very much – the way he tried to give me every detail about the search, and at the same time, spare my feelings as to the hopelessness and sadness of the aspect of warfare in that particular part of the country.’

‘Berlin 8 November 1918 Today is the fourth anniversary of my brother Wilfrid’s death, who fell at the battle of Ypres.’ ​